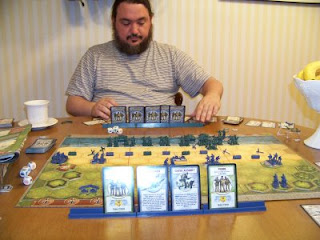 My brother and I playing the entirely excellent and fun World War II board game "Memoir 44" on, appropriately enough, Memorial Day.

Posted by John Oak Dalton at 10:23 PM No comments: 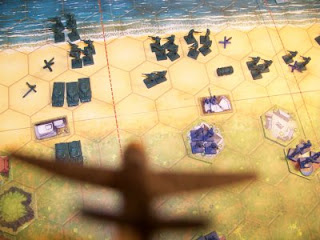 Game's eye view of a D-Day scenario, which I would normally be glad to win but as I was playing the Nazis on Memorial Day I hoped a parallel universe didn't fall somewhere.
Posted by John Oak Dalton at 10:17 PM No comments: 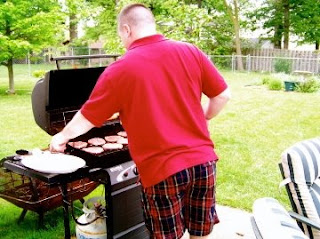 Grilling out for my mom's birthday.

Posted by John Oak Dalton at 11:15 PM No comments: 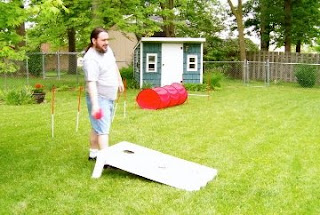 Nothing says a Hoosier holiday weekend like some cornhole.

Posted by John Oak Dalton at 11:09 PM No comments: 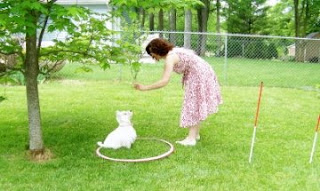 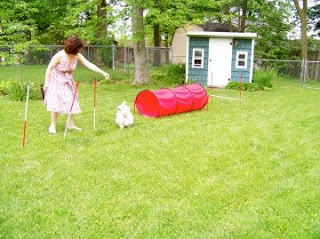 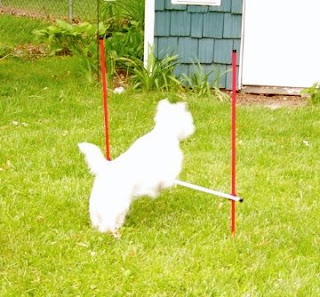 Bonnie the Circus Dog, on Memorial Day.
Posted by John Oak Dalton at 11:02 PM No comments:

Ever since I was a kid I thought it would be cool to have my own personal Code of Honor that nobody else understands.

I think it began when I read Raymond Chandler's "The Simple Art of Murder" and these immortal words: Down these mean streets a man must go who is not himself mean, who is neither tarnished nor afraid.

This code has taken many forms over the years and continues to evolve, with the latest addition having come since my daughter went to college. Now every time I hear the song "Sara Smile" by Hall and Oates I have made an unbreakable vow to call my daughter; even if it is at 7:15 a.m. while I am driving to work. This song has been one of her favorites from when she was a little girl and it always reminds me of her.

But I haven't heard it enough, even though I listen to a lot of oldies stations, so I have expanded this vow to include every other Hall and Oates song except for "Maneater" which I would rather listen to radio static instead. But that didn't quite cut it so I have expanded to include the song "Baby Come Back" which is actually by Player but sounds like Hall and Oates. Then "Sara" by Fleetwood Mac and "Sara" by Starship. Then every other song by Fleetwood Mac and Starship except for "We Built This City" which I would rather drive a pencil into my ear than listen to.

The detective must be a complete man and a common man and yet an unusual man. He must be, to use a rather weathered phrase, a man of honor. He talks as the man of his age talks, that is, with rude wit, a lively sense of the grotesque, a disgust for sham, and a contempt for pettiness.

Until the next song, I am at johnoakdalton@hotmail.com.

Posted by John Oak Dalton at 8:54 PM No comments:

I Was Feeling Kinda Seasick

Sadly my pal, filmmaker Peter O'Keefe, just earned another lap in the Lake of Fire.

In other entertainment news, I am watching "Parks and Recreation" closely. Not because I hope that they realize they can improve the show dramatically by allowing Rashida Jones to wear a pantsuit like her mother, Peggy Lipton, was so famous for in "The Mod Squad." It is more to be on alert for unfavorable portrayals of Hoosiers.

Loyal readers may recall my campaign against "Studio 60 on the Sunset Strip," who made fun of my alma mater's basketball team with an ill-disguised jab at "Muncie State," thus inspiring my ire and ridicule. Few things have drawn as much attention to this blog from other sites (except for when I wrote about how my wife saw Maura Tierney and Goran Visnjic in Chicago taping "ER," drawing links from many Croatian "ER" fans), and my jibes at the shaky plotting and leaps in logic were surprisingly repeated on some TV fan sites.

All I can say in retrospect is that I am still blogging and "Studio 60" is off the air. Whether Aaron Sorkin is still weeping bitter tears at night over my witty and incisive posts, I have never learned.

So far "Parks and Recreation" is doing okay. They have accurately portrayed Hoosiers' love for Bobby Knight and Larry Bird, though they have overlooked other Gods in our Pantheon, among them Reggie Miller, Steve Alford, Bobby Plump, and the newly-elevated Peyton Manning.

We do NOT wear brown suits! At least, I haven't seen any since I visited my dad's Kiwanis meetings in the early 80s. Our great Flyover Country does get regular delivery of Old Navy clothes!

I will continue vigilantly monitoring potential defamation of Hoosiers; until then, I am at johnoakdalton@hotmail.com.
Posted by John Oak Dalton at 8:20 PM 2 comments:

You Are The Magnet

Getting into the groove on my new job and spent a pleasant weekend with my wife for her birthday.  We went to Vera Maes, one of our favorite spots, and afterwards a showing at Ball State University of "The Full Monty," which was a very good student performance.  It was closing night, and though there were rumors of the full monty to be on display "for one night only" I only saw a couple of bare(ish) buttocks.  Not that I'm complaining.
I did have an excellent Savannah pork chop at Vera Mae's.  I have known a lot of fine pork chops in my time and I would say this was in the top five.
I have a feeling I am going to have a baseball summer.  I have been reading the very good book "Moneyball" by Michael Lewis about how the Oakland As have built winners with no money and it got me interested in baseball a bit more this year.  About five or six years ago the stars were in alignment and in one summer I ended up at the Cincy Reds, St. Louis Cardinals, Fort Wayne Wizards, and Indianapolis Indians.  I ended up winning some Indy Indians tickets on a TV Auction last fall and cashed them in a few weekends ago on a very pleasant night at Victory Field after a really good meal at Weber Grill.  It was the kind of meal that men fantasize of where there are four kinds of meat served and not one green leaf in sight.
On my summer wish list is Indy Indians (one down), the new Fort Wayne Tincaps, the new Richmond Riverrats, the Dayton Dragons, the Reds (I haven't been since their new stadium), and maybe for good measure the Cubs or Sox.  And, if I can reach the far ends of the state, the South Bend Silverhawks and the Evansville Otters.  If I can make any combination of at least five I will beat my previous record.  Something a boy can dream on.
Getting very interested in keitai shosetsu.  Google this if you don't know what I'm talking about.
Until later, at johnoakdalton@hotmail.com.
Posted by John Oak Dalton at 8:18 PM No comments: