You Dance with the Lady with the Hole in her Stocking


This blog post first appeared, in a slightly different form, in the e-newsletter I WAS BIGFOOT'S SHEMP which you can subscribe to in the sidebar of this blog.

I just got back from Italy sounds more glamorous than I just got back from chaperoning my wife's college class trip to Italy but I suppose both are true.  I don't think anything has influenced my writing more over the last few years than my six trips to Italy, jaunts to the Piazza della Repubblica for giallo and fumetti and the contemporary art shows at the Palazzo Strozzi and late-night cable screenings of The Forgotten Pistolero and Miami Supercops and Crime at the Chinese Restaurant, in Italian of course but feeling their pace and rhythms.  There is a heavy influence in my debut feature The Girl in the Crawlspace--the title character is Jill McBain, after Claudia Cardinale in Once Upon A Time in the West--but I think Italy is threaded through all of my work. 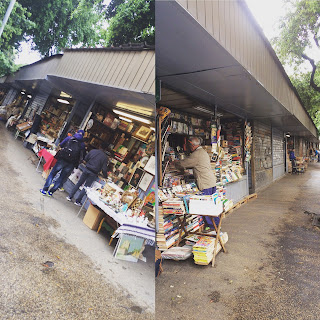 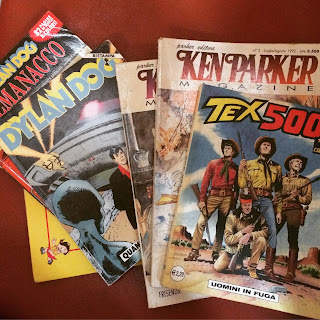 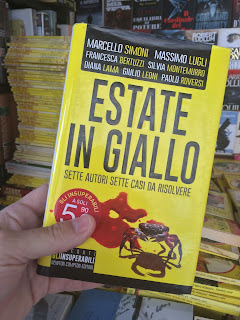 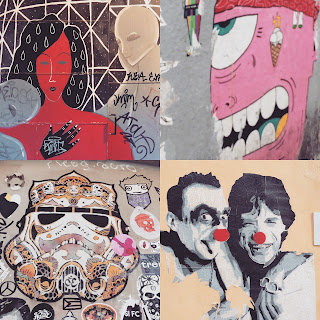 Speaking of which, now it can be told; the secret project I referred to as The Horrible Asp is actually Aliens vs Sharks, coming out this fall on DVD.  This is the first of three movies I wrote back to back over six weeks for director Mark Polonia to shoot as a package.  Aliens vs Sharks came with a pretty detailed outline--I suspect as this is the most effects-heavy of the projects, and certain beats needed to be hit--but it has plenty of my own touches.  With a movie called Aliens vs Sharks you pretty much know where you are going with the plot but I hope everyone enjoys the ride.

It is also out that the movie I code-named Sequence Six is actually called Amityville Island.  Although I code-named the first one from an REM song I happened to be listening to at that moment, I code-named this one from Fulci's Zombi 2 soundtrack.

Several years ago I wrote a movie called Doctor Zombie for Mark Polonia that ended up not being made, but was built as an homage to Zombi 2 and the Blind Dead movies.  Since I wrote Amityville Island incredibly, incredibly fast I was able to life some chunks from that unused script.  It helped that Doctor Zombie took place on an island.  It didn't help that Amityville isn't on an actual island, but if that's what holds you back from watching this movie I can't help you any further.

It has zombies, possessed people, women in prison, weird experiments, and some other stuff I probably forgot because I wrote it at a fever pitch, but it's crazy.  Trailers for both will be posted here when the interwebs have them.

More news soon, thanks for sticking with me.
Posted by John Oak Dalton at 6:31 PM No comments: